The Mystery of Transcendence

The Mystery of Transcendence 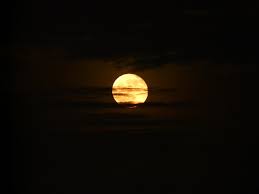 Let me start by asking you a question: What does consciousness research and quantum physics have in common?  I won’t keep you puzzling.  The answer I am looking for is one word: transcendence.  I will explain.

Our ancestors millennia ago did not have the instrumentation we have today to study the material world, so the curious researchers of the time mostly studied consciousness utilizing experiential methods such as meditation.  And every once in a while, a researcher would come out with a proclamation like this:

Look, fellows, hear me out. We live not only in this space-time immanent world but also in a world that lies outside space and time; call it the transcendent world.  I have discovered that reality has two realms, immanent and transcendent.

In time, these people gathered a lot of supporters for their ideas thanks to their followers who used a lot of marketing techniques (called religion or defining a brand) of which modern businesses would be proud.  But these followers, too lazy to meditate, did not really fathom how one lives “outside space and time,” and so misinterpreted everything, and eventually these curious teachings came to be called mysticism. As no one understood mystics, it wasn’t long before their mystical concept of transcendence became the prevalent wisdom. However, in more modern times, people started saying, “Get real! There is only matter moving in space and time—one realm, one world, period—end of story.” You can call this modern view scientific materialism, if you like.

The scientific materialists have a lot of influence today.  Before I started writing this article, I looked up the meaning of the word “transcendence” in the Oxford English Dictionary I keep on my desk.  The dictionary defines “transcend” as “to lie beyond experience” and the word, “transcendental” as a priory.  In other words, transcendence is a metaphysical idea, nothing more. Certainly, nothing upon which to spend your government’s research dollars.

Of course, the mystics were talking about consciousness.  The realm outside space and time is a realm of consciousness, not another dual world with a different space and time. If one of those ancient mystics came across one of these modern scientists, he would explain the futility of trying to understand transcendence without researching consciousness.  Such mystical people are a rare breed nowadays; but if you are so lucky as to meet one of them, he (or she) too would say the same thing.

Interestingly, around the tail end of the nineteenth century when scientific materialism had not quite attained the status it enjoys today in our academia and our media, there was a scientific genius named Sigmund Freud who revived the concept of two realms of reality: he called them unconscious and conscious, leaving no ambiguity that he was talking about realms of consciousness.  Indeed, in Freud’s conceptualization, unconscious is beyond experience, beyond our subject-object awareness, much like what the mystics meant by the transcendent realm of consciousness.  Naturally, scientific materialists did not like it.  They called Freud’s psychology “voodoo psychology”– mystical might have been another word.

Unfortunately, Freud’s ideas struck a popular nerve, and everybody today uses the word unconscious (of course, not necessarily meaning what Freud meant).  To makes things worse, another psychologist Carl Jung further generalized Freud’s psychology and declared that the unconsciousness has not only a personal aspect but also a collective aspect, sounding even more mystical.  And like Freud, Jung has quite a following among psychologists and their clients.  It works!  When you live in a burning house (psyche) you don’t worry about metaphysical validity, you want results.

Now, let’s talk about quantum physics.  Curiously, also in the tail end of the nineteenth century, a breed of scientists called physicists began looking into submicroscopic matter and discovering strange things about it.  You could call their findings, as time went on, stranger and stranger. Eventually, in the hands of two physicists Werner Heisenberg and Erwin Schrodinger, these discoveries seemed down right mystical. These two physicists discovered a mathematical equation that governs the behavior of submicroscopic objects that could only make sense if you flatly accept that quantum objects are waves of possibility. Of course, they must become concrete objects of our experience when we observe them (the observer effect); but where do they reside before we observe them? They reside in potentia—the realm of potentiality or possibility, said Heisenberg.  Where is potentia? It has to be in a world transcending space and time. Experiments after experiments supported this view of transcendent waves of possibility that become particles in space and time only upon observation.

But then two things happened.  So long as the ideas of transcendent potentia were just a philosophical necessity, we could ignore it by feigning practicality.  But in 1982, a group of physicists under the leadership of Alain Aspect experimentally demonstrated the difference between transcendent and immanent domains.  In the immanent domain, all communications and interaction between objects require signals.  But in the transcendent domain, Aspect’s experiment showed communication is signal-less.  The signal-less communications are called nonlocal, and their discovery threatened to change our worldview.

Physicists always associate a field with any interaction; if there is communication, there has to be an agent of communication. What should we call the agent of nonlocal communication?

The direction of the answer to this question came from consciousness research.  Some physicists, I was one of them, realized that the final message of transcendence in quantum physics is consciousness.  Even Heisenberg anticipated this when he said that the change that takes place when we measure (observe) a wave of potentiality changing it into a particle of actuality is really a change in our knowledge about the object.  Now think!  What is the agency that we know with?  It is called consciousness which etymologically means “to know with.”

I got into consciousness research via pondering the question, “what agency produces the change from possibility to actuality?”  To make a long story short (you can get the long story from my book The Self-Aware Universe), the answer to the question is consciousness but only if you define consciousness as the transcendent ground of all being that is common ground for all of us just like the mystics think of our being and Carl Jung thought about our unconscious.  Worldview change? Yes.  Consciousness, not matter, is the primary foundation of reality.

Behold!  There is something very practical about this.  You know, today’s psychology, with the brain-oriented concept of consciousness is a negative psychology.  Our brain is wired (it is true!) for negative emotions — lust, anger, violence, competiveness, jealousy and all that.  If brain is all there is, negativity is our lot; and because many people believe that brain is us, they have become believers in negativity.  However, if we are transcendent consciousness immanent in the brain, what then?  Then positivity comes back in a hurry.  We can balance the negativity with our intuitions of positivity (what olden day philosophers called “the voice of angels”) like love, goodness, and beauty.  And room is made for positive psychology.

Indeed, historically, the message of spiritual psychology has always been positive which Carl Jung brought back in modern psychology.  And now quantum physics and experimental data of nonlocality are making it all scientific.  But that is another story to be discussed another day.

What is Amit Thinking About?

In quantum physics, objects are possibilities residing in a domain of potentiality outside of space and time. In this domain, no signals are required for communication when two objects are in a state of correlation or entanglement; communication is instantaneous..

From Quantum Physics to Quantum Politics

Clearly, there is a political crisis in hand in America and elsewhere. Its root cause is worldview polarization between religion and science; its disease is elitism; and its cure is the worldview integration of spirituality and science that the quantum worldview ...

Purpose, Evolution, Aurobindo, and the Quantum

As every student of science should know, Darwinism is an incomplete theory of evolution. Materialists tout it, of course, as infallible as protectively as religions hold on to their dogma.

The Archetype of Truth

One of our most important archetypal values is truth. All our intuitions hint at a truth-value, and that bothers us: Seek and ye shall find, and you will be troubled! If we follow up our troubled minds and engage creativity, the products will express a transcendent truth—this truth is a common aspect of the archetypal themes. “My country is truth,” intuited the poet Emily Dickinson. Politicians, beware!

Why the Quantum Worldview is Inevitable, and Everyone with a Post-Materialist Mindset Should Focus their Attention on It

The Dalai Lama once said something to this effect, “No model of reality is complete without quantum physics.” It is most important to comprehend this message. So, this is where I will begin.

What is Amit Talking About?

Take a listen as Dr. Amit Goswami discusses his latest work, The Everything Answer Book, with host Loretta Brown on The Loretta Brown Show (March 16, 2017).


Dr. Amit Goswami joins host Sher Safran on A Deeper Journey into the World of the Economics of Consciousness (August 18, 2016).


Dr. Amit Goswami makes a return appearance on The Zone Show with host Tom Evans to discuss his progress in introducing and adopting a mainstream quantum worldview (August 1, 2016).

THE NEW THEORY OF EVERYTHING

In seventeen chapters, Dr. Goswami and his colleagues discuss, among other things, how quantum physics affects our understanding of:

Zen;
Thoughts, Feelings, and Intuitions;
Dreams;
Karma, Death, and Reincarnation;
God’s Will, Evolution, and Purpose;
The Meaning of Dreams;
The Spiritualization of Economics, Business, Politics, Education, and Society Itself.

This fascinating new book will appeal to a wide array of readers, ranging from those interested in the new physics to those captivated by the spiritual implications of the latest scientific breakthroughs.

Since the meltdown of the economy, Amit Goswami, PhD, physicist and author, has been focusing on important issues for a New Paradigm for economics and business for the twenty-first century, touching upon the important issues of stability and sustainability of the economy and leadership, creativity and ethics in business, and finally offering a way to achieve a revitalized business arena, an economy of sustainability, prevention of economic meltdowns, and, once and for all, eliminating poverty and hunger. A must-read for the businessperson and the consumer!

In Quantum Creativity, Amit Goswami, Ph.D., physicist and author of The Self-Aware Universe, explores human creativity through the unique lens of quantum physics offering readers a new way to nurture and enhance their own creativity—the ultimate source of joy and fulfillment. Click here to order today!

Quantum Physicist Amit Goswami has co-founded Quantum Economics Business Coaching™ in collaboration with Dr. Jim Alvino -- international speaker, trainer, author and business coach. Quantum Economics Business Coaching (QEBC) intends to engage entrepreneurs, business owners, corporations and organizations across all industries and markets to help them implement the principles of Quantum Economics in the workplace. To learn how you can become involved with QEBC, or to schedule a lecture or workshop, write to Dr. Jim Alvino at: jim@QEBusinessCoaching.com, or call: 714-717-9301 or 855-626-4562.

The Tenets of Quantum Physics

Non-Locality: We are all interconnected - even without signals, and experimental evidence is proving our inherent unity.

Tangled Hierarchy: In our brain, we become one with the neuronal images of an external object because of a tangled-hierarchy, a circularity. The observer is the observed.

Discontinuity: The discovery of something new of value in thought is a quantum leap of Aha! insight.