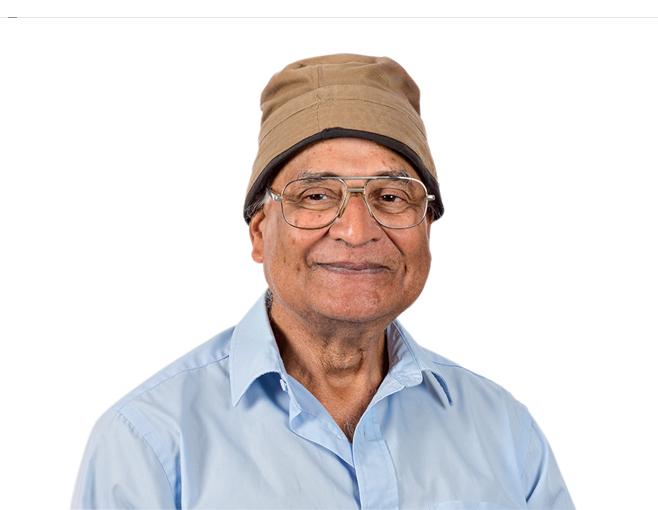 Amit Goswami, PhD is a retired professor of physics from the University of Oregon where he served from 1968-1997. In 1985, he discovered the solution to the quantum measurement problem and developed a science of experience explicating how consciousness splits into subject and object. Subsequently, he developed a theory of reincarnation and integrated conventional and alternative medicine within the new quantum science of health. Among his discoveries are the quantum theory of the creative process, the theory of quantum evolution, the science of love and happiness, the theory of quantum economics that extends Adam’s Smith’s capitalism into a workable paradigm for the 21st century, and the theory of quantum spirituality based on the exploration of wholeness.

In 1999, Amit started a movement called quantum activism, now gaining ground in North and South America, Europe, and India. In 2018, he and his collaborators established Quantum Activism Vishwalayam, an institution of transformative education in India, based on quantum science and the primacy of consciousness.

Amit is the author of numerous books, most notably: The Self- Aware Universe, Physics of the Soul, The Quantum Doctor, God is Not Dead, Quantum Creativity, The Everything Answer Book, Quantum Spirituality (with Valentina Onisor), The Quantum Brain (with Valentina Onisor), Quantum Activation(with Carl Blake and Gary Stuart), and Quantum Psychology and the Science of Happiness (with Sunita Pattani). He was featured in the movie What the Bleep Do We Know!? and the documentaries Dalai Lama Renaissance and The Quantum Activist.

Amit is a spiritual practitioner and calls himself a quantum activist in search of Wholeness. 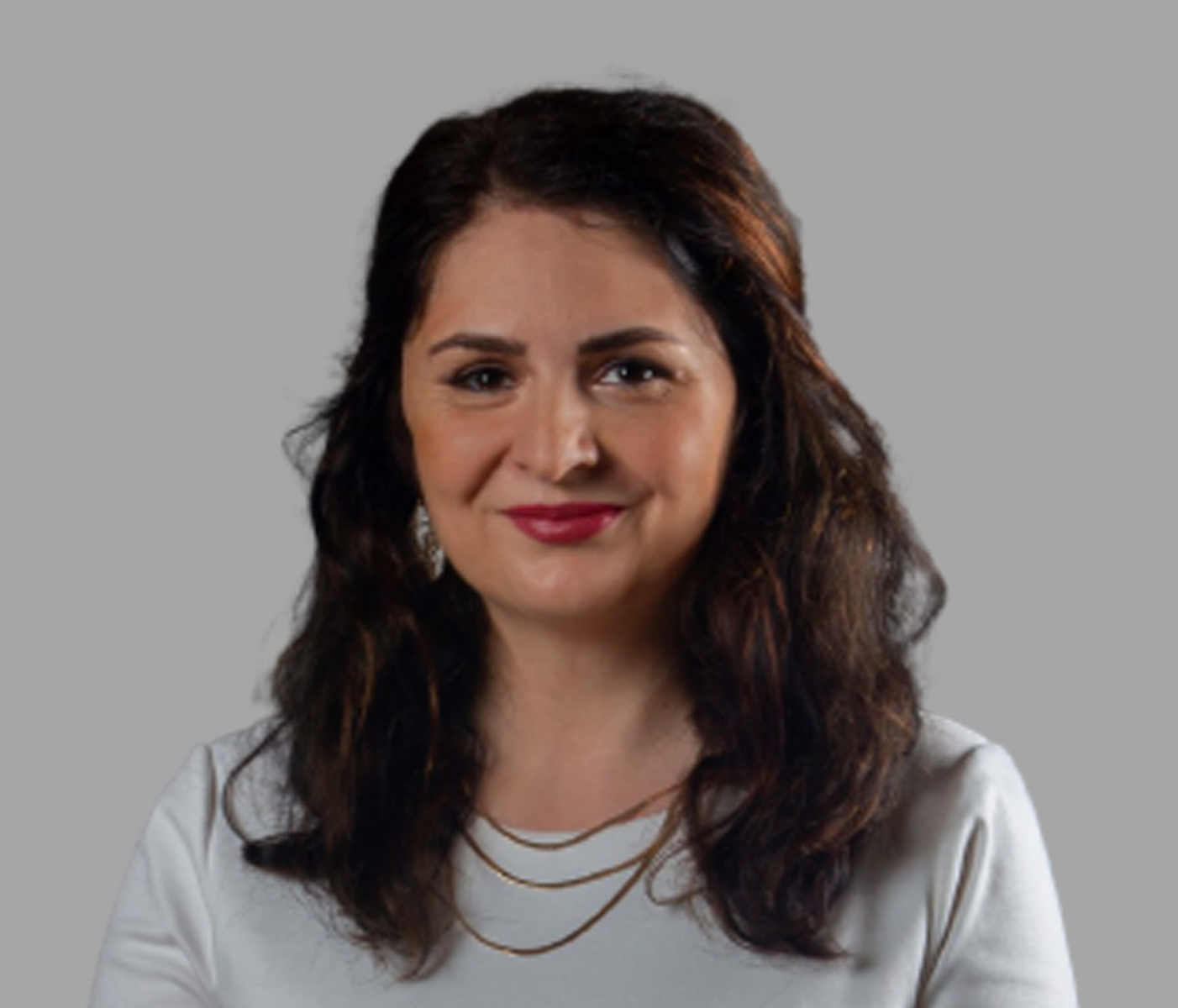 Valentina Onisor, MD, is a practicing physician specializing in family medicine, who integrates various systems of alternative medicine (acupuncture, Ayurveda, naturopathy, and aromatherapy) into her medical practice. Committed to consciousness awakening related sciences for over two decades and a pioneer of quantum integrative medicine, Valentina is also a yoga and meditation teacher (Sivananda Vedanta Forest Academy; Yoga Alliance; Universal Consciousness Ambassador, CSETI). She has made correlations between the ancient sciences and quantum physics using both as a support for her teachings. Through a unique system of quantum healing, Valentina inspires people to achieve enhanced physical, emotional, and spiritual health that allows for profound and long-lasting integration and regeneration on all levels.

She is a co-author (along with Dr. Amit Goswami) of the recently released books, Quantum Spirituality and The Quantum Brain as well as of the upcoming books, The Awakening of Intelligence, Quantum Integrative Medicine, and The Quantum Science of Love and Relationships. 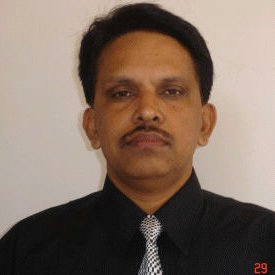 Anil has over forty years of rich and diverse experience in leading organizational and leadership transformation initiatives for large global corporations.

He is actively involved in studying and promoting the field of quantum science applications and bio-feedback technologies for holistic health, wellness, and personal optimization for individuals and communities. Moreover, he has co-founded a unique meditation lab at Pyramid Valley, Bangalore. He has to his credit several projects in applied consciousness research in the areas of business, economics, holistic health, and agriculture.

A co-founder of Quantum Activism Vishwalayam, Anil serves on its faculty teaching Quantum Leadership and Quantum Entrepreneurship along with Dr. Amit Goswami.

Finally, Anil is a co-author (with Amit Goswami) of the upcoming book Quantum Leadership. 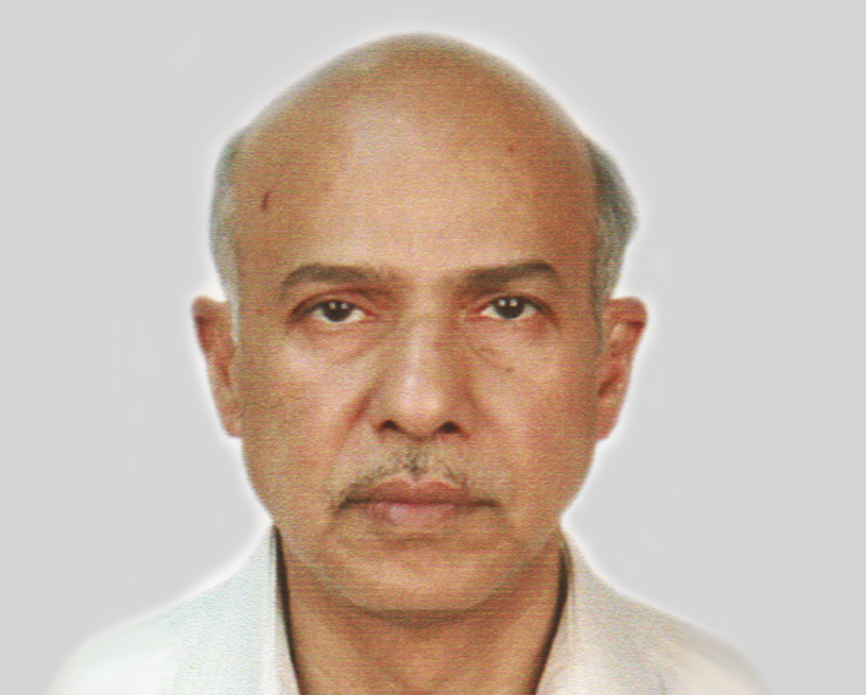 Dr. Atish Mozumder is a Physicist.

He is a retired Professor from Bharati Vidyapeeth College of Engineering, New Delhi, India.

He holds his Ph.D. from the University of Delhi and has written several important papers on high energy physics and solar energy.

Now, Atish is venturing into the dynamic areas of consciousness research and healing. 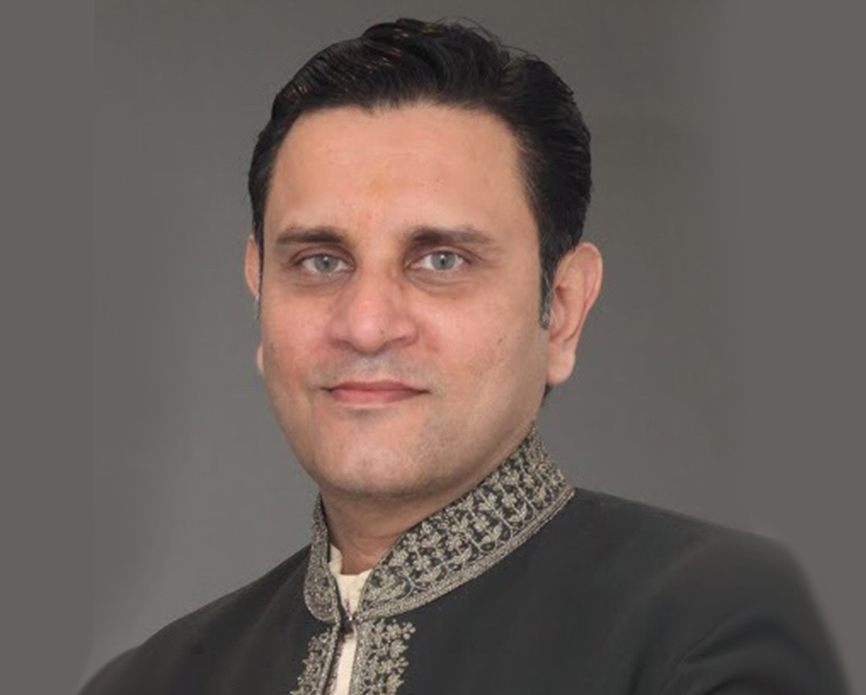 Gautam has served as President of the Indian Medical Association (Haveri) and as a Managing Body member of the Indian Red Cross Society.

Gautam realized from an early age that there was a need to practice integrative medicine to heal the patient at the physical, mental, and spiritual levels and not just provide them with temporary relief. He studied and practiced various types of meditation and yoga techniques and subsequently began evaluating patients in an integrative way, incorporating meditation, pranayama and yoga practices in their therapy. He has engaged in an integrative approach to his medical practice for the last 15 years at the Pyramid Meditation Centre and Healing Garden that he founded in 1967 in Karnataka, India.

He has conducted the following series of awareness programs for the Indian public:

Gautam has also conducted programs for medical doctors on meditation and healing, values in healthcare, meditation as a cancer therapy, and mind-body medicine. 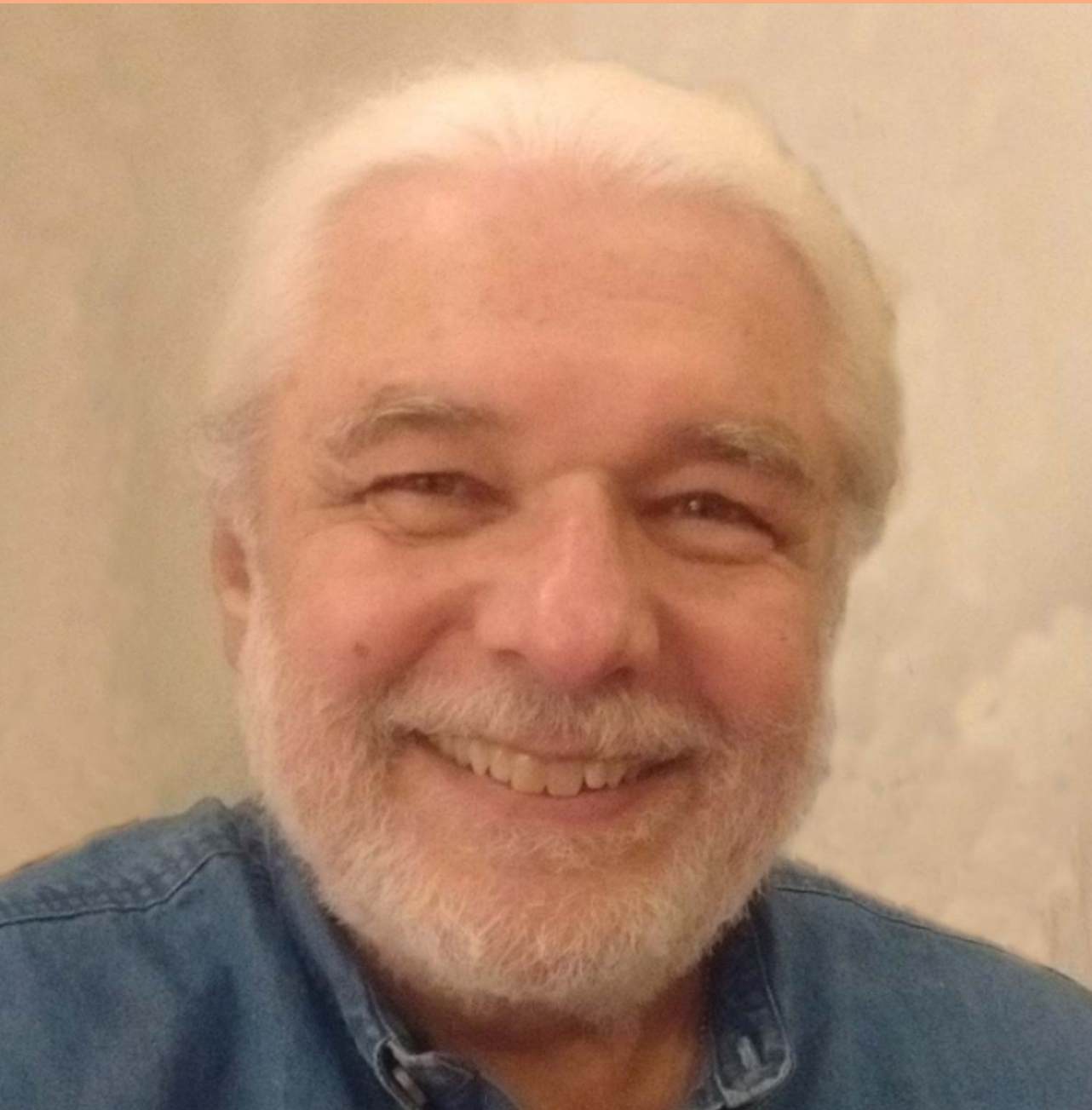 Bachelor of Science, University of Oregon 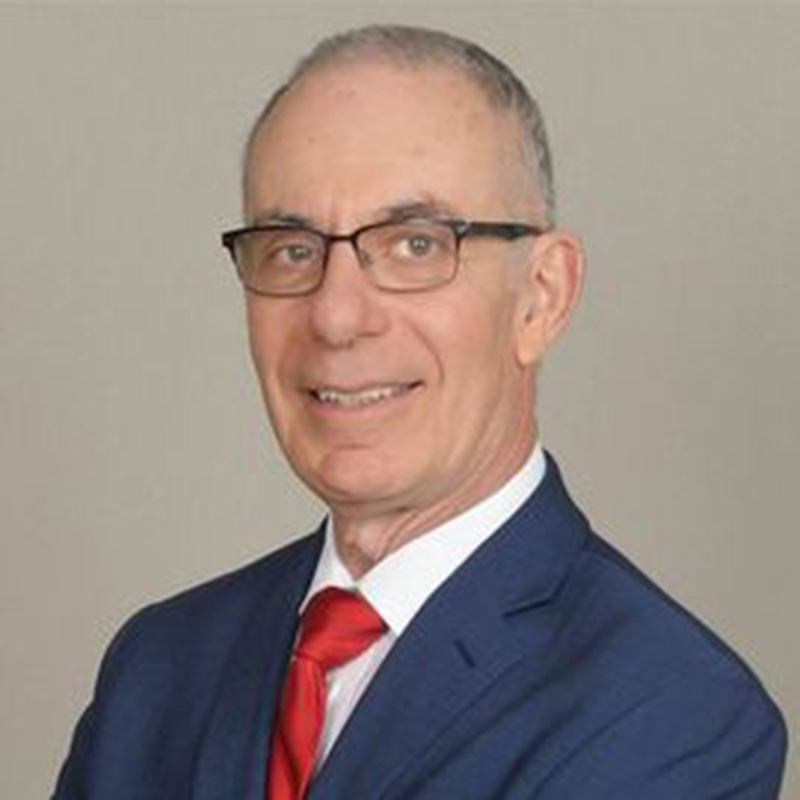 Dr. James Alvino is an international business coach and speaker trainer; certified quantum activist and law of attraction trainer; advanced Ho’oponopono practitioner; author & multi-award-winning educational journalist; entrepreneur; and certified meditation instructor who worked with inmates in the Federal Correctional Institutions in California as part of the Siddha yoga Prison Project.. He has been a devotee of Gurumayi Chidvilasananda since 1988.

Drs. Alvino and Amit Goswami co-authored “The Business Person’s Guide to Demystifying & Implementing Quantum Economics in the Workplace (2015),” based on the latter’s seminal work in quantum economics, and which is now being prepared for publication. Dr. Alvino will teach this course for the Quantum Village University. Among his other publications and presentations, Dr. Alvino is author of Explorer’s Guide to the Law of Attraction (2013) and “Spiritual Entrepreneurism” (2016).

Dr. Alvino was awarded his PhD with highest distinction from Boston College in 1975 in the field of existentialism and phenomenology (“Consciousness Studies” in today’s parlance). It was during his graduate studies that he was first introduced to the principles of quantum physics and other underpinnings of the science of manifestation, which he has incorporated into his life and business ever since.

He says his overriding purpose is to advance the universal conversation that Consciousness creates everything, that we ARE that Consciousness, and that we are empowered and 100 percent responsible to create our life, our future and our destiny. “My mission is to awaken that truth in every person I touch,” Dr. Alvino says.

As a business coach and personal breakthrough coach, Dr. Alvino’s expertise includes strategic planning, branding and marketing, motivational speaking, creative problem solving, developing a winning mindset for success, and speaker training. He has coached and worked with dozens of clients all over the world.